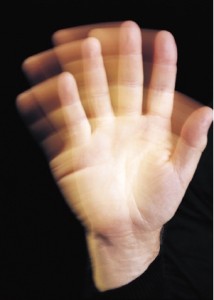 It occurred to us that some of you might have come across our site having got a ukulele for Christmas and be thinking about joining us at The Prince of Wales, (our next meeting is on Thursday). We often get people coming along who don’t really know what to expect, especially just after Christmas. We thought this might answer some of your questions.

This won’t be about things you might want to know about owning your first ukulele. Got a Ukulele have pretty well got that covered so if you have questions read that. This is just about coming along to your first session.

People who turn up tend to be in one of a few categories. Never having played an instrument before, having played the guitar before and pretty confident with a ukulele. It really doesn’t matter which of these apply to you. If you’ve never played a ukulele before we don’t have any expectations. Although the ukulele is relatively easy to learn to play (compared to the bassoon) it still takes time and practice. You will not pick it up in one session. What hopefully will happen is that you’ll see things you want to practice.

You might feel a bit self-conscious that you’re doing it wrong. There is absolutely no chance anyone will notice. Ukuleles are quiet instruments, if you play the wrong chord it’s likely you’re the only person that will notice. Just play the chords you know and make a note of ones you might want to learn. If you don’t know the chords just strum muted strings, that gives a bit of percussion.

Forget about the strumming pattern. It doesn’t matter. Just try and strum on the beat and as you become more familiar with songs you will fill the pattern in instinctively.

We generally don’t care whether people can play or not. What we really care about is whether people will sing or not. Singing is one of the things that many people forget about in ukulele groups. In many ways it is much more important than playing the ukulele. We often say that the ukuleles get in the way of a good sing song. Even if you don’t know any of the chords you can help by reading the words out loud.

We don’t have any sort of plan. We do have six books full of songs and we just play whatever seems right. That means nobody in the room really knows how any of them go.

We don’t have the songs that most ukulele groups have. There are many groups out there and we’ve tried to concentrate on the sort of songs that we listen to. That might mean you get to play songs you’ve never heard before. That’s ok, stick with it.

We don’t avoid any chords in the songs we do. That might mean that some songs look a bit daunting. For example many many of our songs have the dreaded E chord in them. You’ll have to learn it at some point but you don’t have to know it now.

Learning a new instrument will always be a tricky thing to do but it is much easier to do with a group of people than sitting and trying at home. You won’t be able to play after your first session but if you stick with it you’ll be surprised at how quickly you will learn.

The best way to keep in contact with us, and know what we’re doing, is to keep an eye on our Facebook group. Some people don’t do Facebook, they’re also the people that don’t know if we change anything. Don’t be one of those people.

We hope this lets you know that you don’t have to feel self conscious about just starting. We all started at some point.