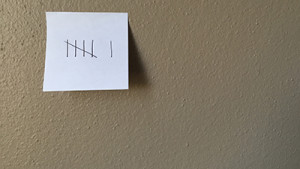 Happy Birthday to us. Six years old at last. You get less for murder, or so they say. Though that’s obviously not true, not since the Criminal Justice Act 2003. It’s probably the sort of sentence you’d get if you were to assault an officer of the crown legally tasked with preserving a ship wreck.

Leaving aside the vagaries of UK sentencing policy, six years. Who can honestly say you thought we’d make it this far? From that first week sitting in the Moseley CDT where it quickly became obvious that nobody had a bloody clue what they were doing. That slow realisation that not only were we going to have to sing in front of strangers but, more than likely, we’d probably end up disturbing the meeting that was oddly double booked with us.

Through the wilderness years at the Patrick Kavanagh where we never knew if we had a room or there would be a random party. Interestingly I notice in putting up the link to Kavanagh’s that their function room is free now. They used to charge us £15 a week.

To the Prince of Wales where we finally turned into a proper group. We’ve done amazing things in the Prince of Wales. We’ve met hundreds of people. We’ve learned over 400 songs (some  more competently than others). We’ve hosted sing-a-longs that have often not been far off good natured riots.

In the last three years we’ve sold thousands of ukuleles to people all over the world (every continent except Antarctica), meaning that on every corner of the earth there are people who have a vague awareness of what Moselele is even though, without exception, none of them can pronounce it.

We’ve also helped to set up other groups in different parts of the UK, which has meant we’ve had great people to share songs with.

And it’s all down to the people that keep coming back month in month out.

We’ll be celebrating on Thursday, at the Prince of Wales, by doing what we always do. Drinking beer and playing inappropriate songs on tiny guitars. We have no shame.