Scott C comes to Moselele all the way from Coventry. Coventry!

So, Scott, we beg you. Tell us stories from your far-flung land. Play us the songs of your people… 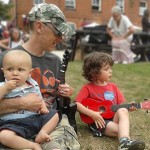 My mate Ian (the infamous one from Moselele) bought me one as a present about five years back. I learned guitar as a kid, and then played bass badly in a band (age 18-22) with Ian – we were crap and we revelled in it! [See below –Ed] It was bloody marvellous, but playing uke in a group is even better. 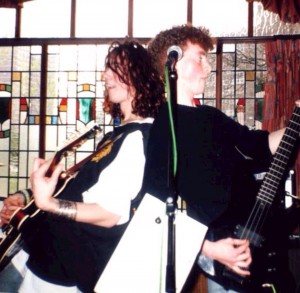 My first was a £20 Blue Moon soprano, which has since been donated to the kids (with two more bought for them!) I then got an Ashbury AU-60 Concert but didn’t get on with the size or the action on it. Now I have a Mahalo soprano electro-acoustic bought on eBay. When the kids have grown up and stopped using them as tennis rackets I’d love to get another one – I fancy a Lanakai next. One day I hope to build my own.

I expected to use a plectrum as that’s how I play guitar and bass, but I’ve ended up using fingers instead – works better for me.

Ian had been badgering me for a year or so before I decided to give it a punt (“it’s mad hobbies that keep you sane!”). I think it was autumn 2012.

I resisted for ages because I didn’t think I was good enough to join a group. Couldn’t have been more wrong. I think I only knew three chords, but even if I had only known C it would have been fine. The group were friendly but I did find it overwhelming and pretty nerve-wracking when I first walked into the room. It helped having a good friend already there to get over that. But by the end of the first song I was hooked and that really didn’t matter any more. It blew me away.

I don’t get along too often due to other commitments, and the 45 mins journey I have to make to get there. But really that’s a bit of an excuse – when I get there I find it inspiring, friendly and welcoming. There’s safety in numbers when playing (I’m not very good), and there’s banter in-between to enable me to catch my breath. I’m proud to be a member.

That’s a really hard one – but it’s probably Happy Together by the Turtles. It’s absolutely nothing like my normal music taste, but I love the way it bounces, and it’s simple enough for me to play it at home.

Moseley Ale. Just the one though, I’m driving!

Very seldomly – I completely wing it at the Moselele sessions. My family don’t mind when I do try – sometimes the kids try to join in.

Memory has to be my second or third Moselele in December 2012. We were practising the Christmas songbook and everyone had Christmas hats on.

I’d love to play at a gig in the future, and particularly at one of the Christmas gigs in the Prince beer garden. I’ve just not been able to sort that yet!

Just turn up. You won’t regret it. Don’t worry if you can play or not, it doesn’t seem to matter (at least I’ve not been found out yet!). Be prepared to get friendly with other people – it’s a small room for the number of people. Bring beer money. Wear a T-shirt – it can get bloody hot in there!

I have a long-term plan to rename Moselele to Covelele, and move it to Coventry.

[Editor’s note: What’s that, you say? You’d like to see more pictures of the band? But of course. And there are plenty more where these came from…] 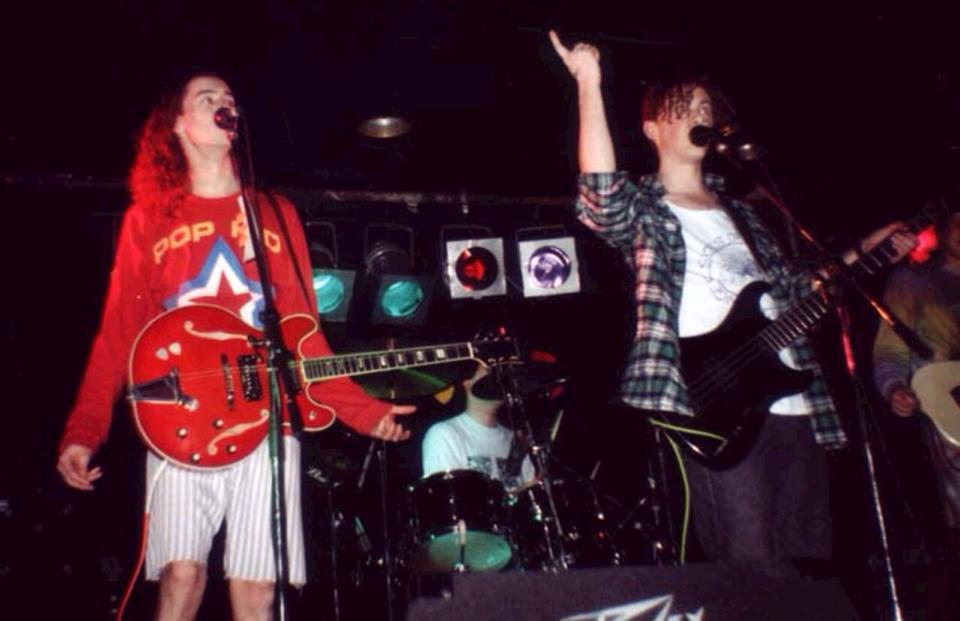